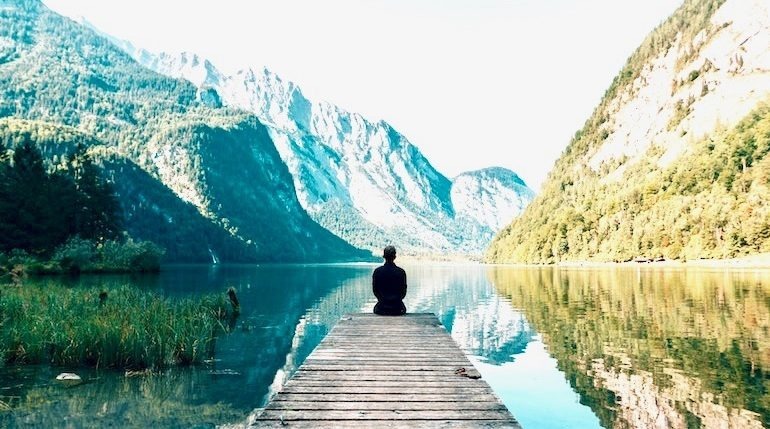 Yoga and Ayurveda for Psychosomatic Disorders

Yoga and Ayurveda for Psychosomatic Disorders

Yoga  for Psychosomatic Disorders (PSD) has been practiced for many centuries in India, and has only recently been used to treat this condition in other countries.

What is a Psychosomatic Disorder?

Psychosomatic Disorder, also known as “somatic symptoms” or “somatoform” disorder, represents a group of disturbances characterised by thoughts, feelings, or behaviours related to somatic symptoms. This preoccupation with physical symptoms causes significant distress and disrupts the individual’s daily life. The physical symptoms may or may not be related to a diagnosable medical condition, but the extreme reaction to the physical symptoms is what characterises this disorder. These medically unexplained physical symptoms may include headache, dizziness, chest pain, lower back pain, nausea, muscle soreness, breathing problems, hot or cold spells, numbness or tingling in parts of the body, lumps in the throat, a weak feeling in parts of the body, and a heavy feeling in the arms or legs.

These disorders can begin in childhood, adolescence, or adulthood. Medical record studies suggest the rate of PDS between populations is around 7% to 11.6%, making this one of the most common categories of patient concerns in primary health care. Furthermore, it is known that clinically significant somatisation leads to excessive health care use, and consequently represent an annual burden over $100 billion for the US national budget.

What is a Psychosomatic Disorder….this great video from Osmosis explains.

The beneficial effects of deep breathing for these types of disorders are now being supported by contemporary science. As more and more research has been undertaken, it is noteworthy that scientific research of Yoga is getting a new accreditation. Studies have demonstrated therapeutic effects of Yoga in chronic pain conditions such as low back pain, headache, fibromyalgia and chronic fatigue syndrome. These types of disorders have an overlap with PDS in terms of subjective and objective clinical features and associated distress. Furthermore, there has been evidence that Yoga helps to significantly reduce the chronic pain levels.

Although Western Medicine does not understand the cause for these disorders, they have been treated and studied for centuries by Yoga Therapy. According to Yoga Philosophy the origin for PDSs is a mental conflict and emotional repression. Traditional texts describe that this conflict causes an imbalance in the subtle life energy, called the pranic body.

The three Gunas show our mental and spiritual state and allow us to know our propensity for psychological problems. While Sattva creates clarity, through which we perceive the truth of things and gives light, concentration and devotion, Rajas and Tamas are factors of mental disharmony causing agitation and delusion.

From Rajas comes the false idea of external world, the pursuit of sensory enjoyment to seek happiness outside ourselves and lose track of our inner peace. Rajas creates desire, pain, agitation, dissipation of energy and emotional upset.

From Tamas comes the ignorance that veils our true nature and weakness in our power of perception. Through it arises the idea of an ego or separate self, by which we feel ourselves to be alone and isolated. Therefore, Tamas brings about stagnation, decay and death.

Usually, these two forces work together. Raja brings about the over-expression of energy, which eventually leads to exhaustion, where Tamas prevails. In the case of PDS, these types of patients are physically-orientated, we can say that they are stagnated or stocked in their own somatic symptoms and therefore they tend to remain in a Tamasic state.

Ayurveda psychology aims at moving the mind from Tamas to Rajas and, eventually, to a Satva. This means moving from to an ignorant and physically-orientated life (Tamas) to one of vitality and self-expression (Rajas) and finally to one peace and enlightenment state (Satva).

As each of us has all three gunas, so the phases for Yoga Practice for PSD will comprise all these three elements:

As mentioned above, the mental disorders cause imbalances in the prana that governs the mind and thus manifests into somatic symptoms. To understand prana requires understanding of its subtypes, the five Vayus.

Vayus possess specific actions on our physical structure and body functions. Each triggers certain emotions and holds certain mental stages. The pranic mechanism behind psychological disorder begins with the disturbance of Prana Vayu by taking the wrong impressions or thoughts and negative emotions. Secondly, the digesting functions of Samana Vayu become disturbed through wrong intakes and poor discrimination, than the other three vayus (Apana, Udana and Vyana) become disturbed.

Thereby, for the therapeutic approach of PDSs it’s important to consider the role of all five vayus in asana practice, as therapeutic movements. It requires energisation (Prana), expansion (Vyana), contraction (Samana), upward movements (Udana) and downward movements (Apana) in the right proportion and balance. However, the degree of these pranic movements should vary by condition and by dosha, as well.

Other internal pathological factors that contribute to PDS are the repression of emotions. Ayurveda recommends that emotions should be observed with detachment and then allowed to dissipate. When emotions are repressed, that can cause disturbance in the mind and eventually, in the functioning of the body. Most people learn in childhood not to express these negative emotions. As results, one begins at an early age to repress the natural expressions of these feelings.

In this context, it’s relevant to remember that during the asana and meditation practice negative emotions should be observed and released. This process also correlates with the stages of Yoga practice mentioned before. For example, when anger appears one should be completely aware of it; watch this feeling as it unfolds from beginning to end (breaking-up tamas). From this observation, one can learn about the nature of anger and then let the anger go (calming rajas). This last case mirrors how the therapeutic concepts in Ayurveda science interrelate perfectly.

In what regards physical benefits, Yoga is linked to the release of β-endorphins and the shift caused in neurotransmitter levels linked to chemicals such as dopamine and serotonin. This activation of parasympathetic nervous system, increases the inhibitory action of a hypoactive GABA system in brain pathways and structures that are critical for threat perception, emotion regulation, and stress reactivity.

In summary Yogic therapies are based on self-regulation of the patient, whereas pharmacotherapy or most of the psychotherapies foster dependence either on a physician or on a drug. Besides, Yoga Therapy remains an essential part of the multidimensional model of natural and spiritual healing.

Yoga Philosophy explains that PDSs is due to a mental conflict and emotional repression, which can causes imbalances on the subtle energetic body (i.e. disturbance of the neurovegetative system). Therefore, the yogic therapeutic approach should consider the stages for mental healing, the balance of the 5 prana vayus, associated with the cultivation of concentration, deep breathing techniques, observation and internal management of emotional conflicts.

Sara Ponte is a Family General Physician trainee and also a 500Hr Himalaya Yoga Valey Graduate. Her work as a Yoga teacher is dedicated to scientific research and community-based programs. You can follow her projects on Facebook.