Viriam has been teaching yoga philosophy for Teacher Training courses with Himalaya Yoga Valley since 2011. She is from the UK and has lived in India for almost 20 years. Having trained with the SKY School of Kundalini Yoga in the UK in 2003, she is now a registered Senior Teacher with Yoga Alliance Professionals UK .She has furthered her studies of yogic philosophy with the Oxford College of Hindu Studies, with Embodied Philosophy and Christopher Hareesh Walllis. Before travelling to India, she did a ten-year apprenticeship with spiritual teacher and author Amoda Maa, culminating in a deep meditation and self-enquiry intensive under Shiva’s mountain at Mt Arunachala.

Fascinated by the sister science of yoga – Ayurveda – She received a Diploma in Ayurvedic Studies in 2005 with the School of Ayurveda and Panchakarma in Kannur, Kerala and as well as training in Ayurvedic Yoga Massage, she holds her ITEC Diploma in Holistic Massage and Anatomy and Physiology. In 2020, Viriam completed her 300hrs in Yoga-Ayurveda-Mantra-Meditation with the American Institute of Vedic Studies under Dr David Frawley and is now a qualified Yoga and Ayurveda Wellness Consultant.

Viriam has embarked on further study with teachers fusing yoga, somatics and neuroscience as well as a deep dive into restorative yoga and yoga Nidra with teachers such as Angela Farmer, Bo Forbes, Max Strom, Donna Farhi and Uma Dunsmore Tulli.  Viriam is also a writer and contributes to both yoga magazines and travel guides. 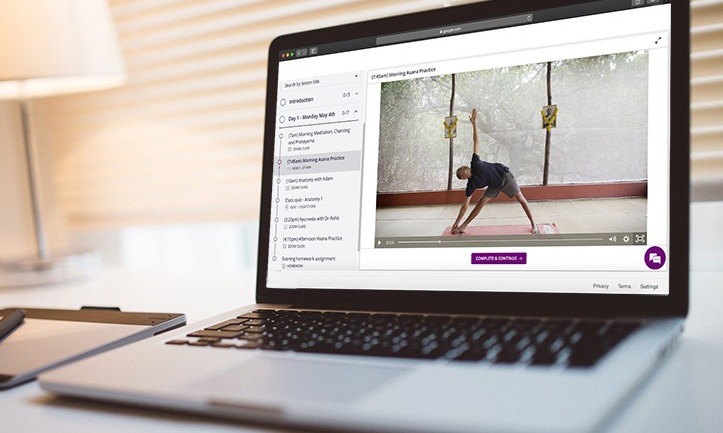